One of the main reasons I was reticent about becoming a vegetarian or a vegan was because of all of the yummy things on which I’d be missing out.  Let’s take a short trip down memory lane shall we? 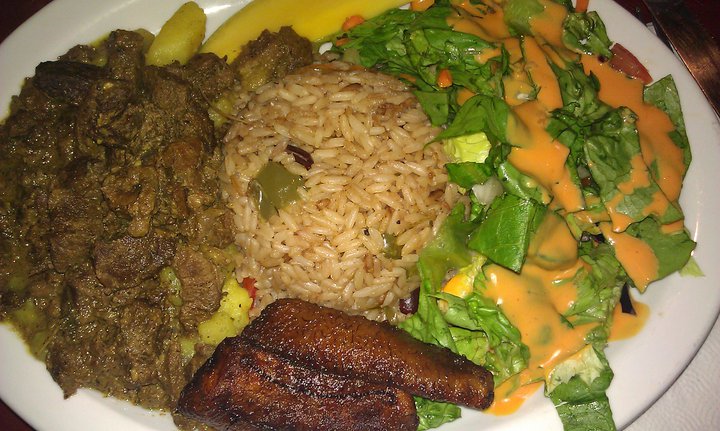 Curry goat, rice and peas, fried plantain and a salad at Caribbean Curry House (in Montreal). It was delish! 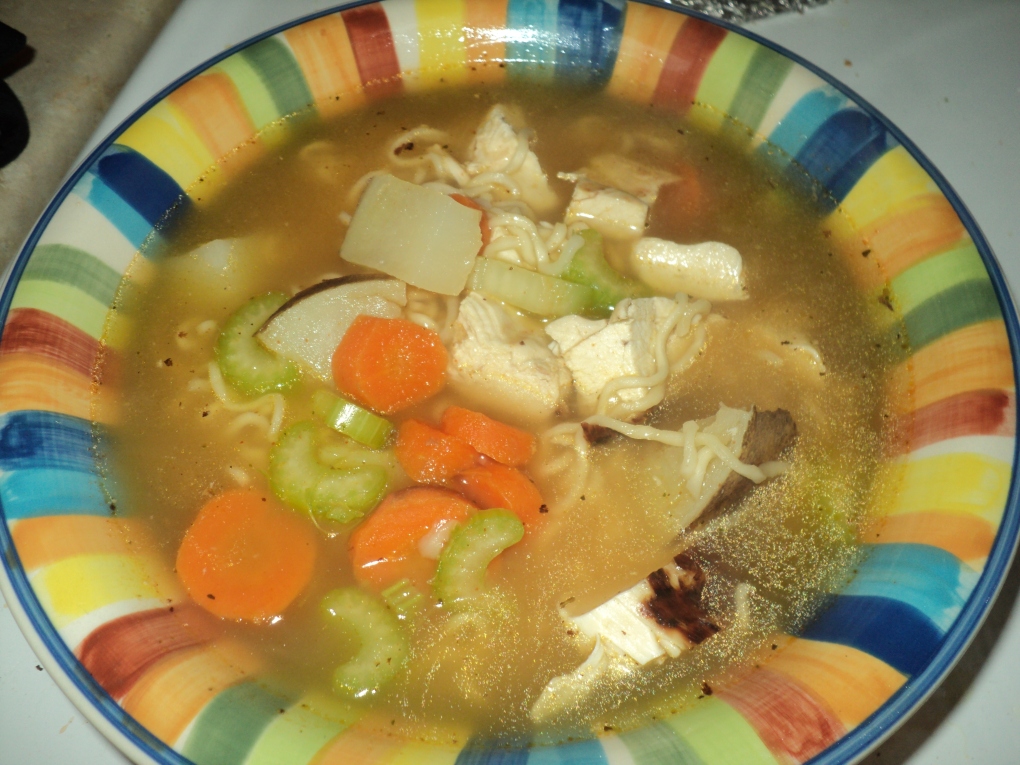 Chicken soup. With Ramen noodles. Like a boss.
(I threw away that sachet/packet of seasoning that the noodles came with though. This is made with chicken broth).

Saltfish fritters. For those who don’t know, it’s basically a batter (flour, maybe some cornmeal, baking powder) with green onions, peppers, and salted cod, fried like a pancake. Yummy!!

I forget what this was called. All I know is that it tasted REAL good. It was a chicken sandwich with a side of fries and a Mexican soup of some sort. It was the best soup I have ever had in my life. Hands down. This meal was at the Cheesecake Factory in downtown Baltimore, Maryland (December 2010).

Curry goat — the stuff that dreams are made of.

So yeah.  That’s what I gave up for a life of vegetables.  lol.  No, I’m joking.  I still have no regrets!  Actually, I think the most rewarding part of this whole thing is that I’ve been able to recreate and cook stuff that tastes just as good and is good for me!

One thought on “Things I Used to Eat”

Where to Buy The Ingredients I Use

By clicking any one of these images, you will be taken to the Amazon.ca page where you can order your own stuff and cook with me (and I get a little kickback too!).  Don’t worry — you will not be charged until you go through the actual process of buying the item on Amazon.